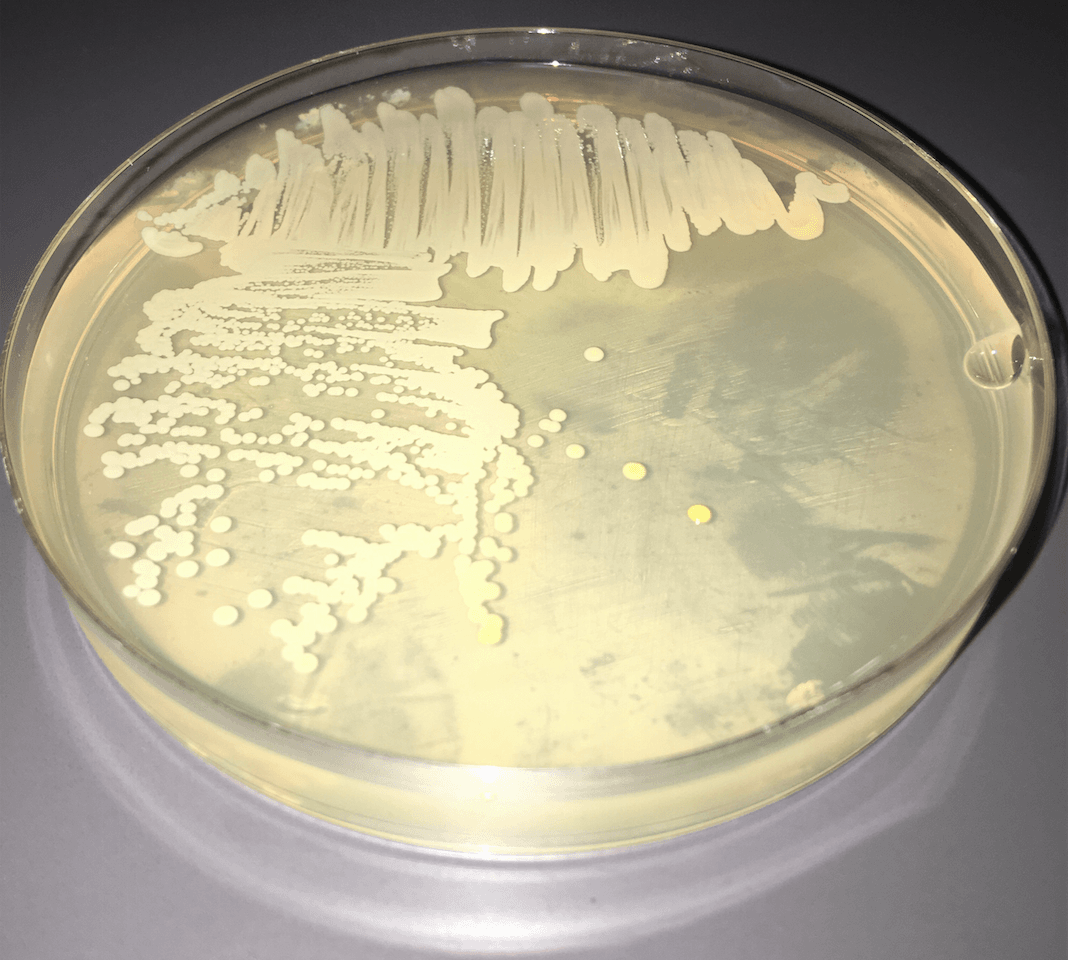 This fella was isolated by Alexander Fleming in 1922 by swabbing the nose of a patient that was sick with a cold. This isolation occurred years before Mr. Fleming’s famous discovery of penicillin. M. luteus is saprophytic in nature, meaning it feeds on decaying organic matter, which is characteristic of most soil-dwelling microbes and fungi. It has one of the smallest genomes of all bacteria, making it great for genetic studies. Being that it’s a Gram-Positive saprotroph, it grows well without moisture in areas where decaying organic matter can build up, and that’s exactly why this sucker is being brought into the spotlight for this week’s Microbial Monday!

It’s known to be a member of the skin’s natural flora and is also found in water, dust, and soil environments. One of the choice environments for this bacterium to colonize, if you couldn’t have guessed by its initial isolation location, is the upper respiratory tract, oropharynx, and mouth. While non-spore forming, this microbe has the ability to go into a sort of metabolic hibernation during times of stress to enable it to spread when the conditions are right. There’s a specific strain, Micrococcus antarcticus, that was isolated from the Chinese Great wall station in Antarctica! (Liu et. al) This organism is so adept to nutrient poor conditions that there was even a viable isolate taken from a 120-million-year-old block of amber! (Greenblatt)

While your air ducts most likely contain M. luteus, there’s no cause for immediate panic. It’s typically not thought of as a pathogen and the worst this organism will do is make your skin smell from breaking down the organic waste seeped from your pores. Recently this organism was moved to the category of an opportunistic pathogen due to outbreaks in immunocompromised patients, presenting itself as a skin infection. Severe cases of infection are known to have caused septic shock. While relatively harmless, this bacterium can pose a threat to anyone who is immunocompromised such as HIV patients or newborns. There’s no reason to risk a build-up of any contaminates in your air ducts, no matter how harmless. Contact our trained rotobrush technicians to schedule a viewing today! We will show you exactly what’s up there and ensure that we leave the place looking and feeling better than before!

Genetic fact of the day

Micrococcus luteus is especially resistant to UV radiation, so much so that skincare companies are experimenting with it as a cosmetic to aid in skin protection!