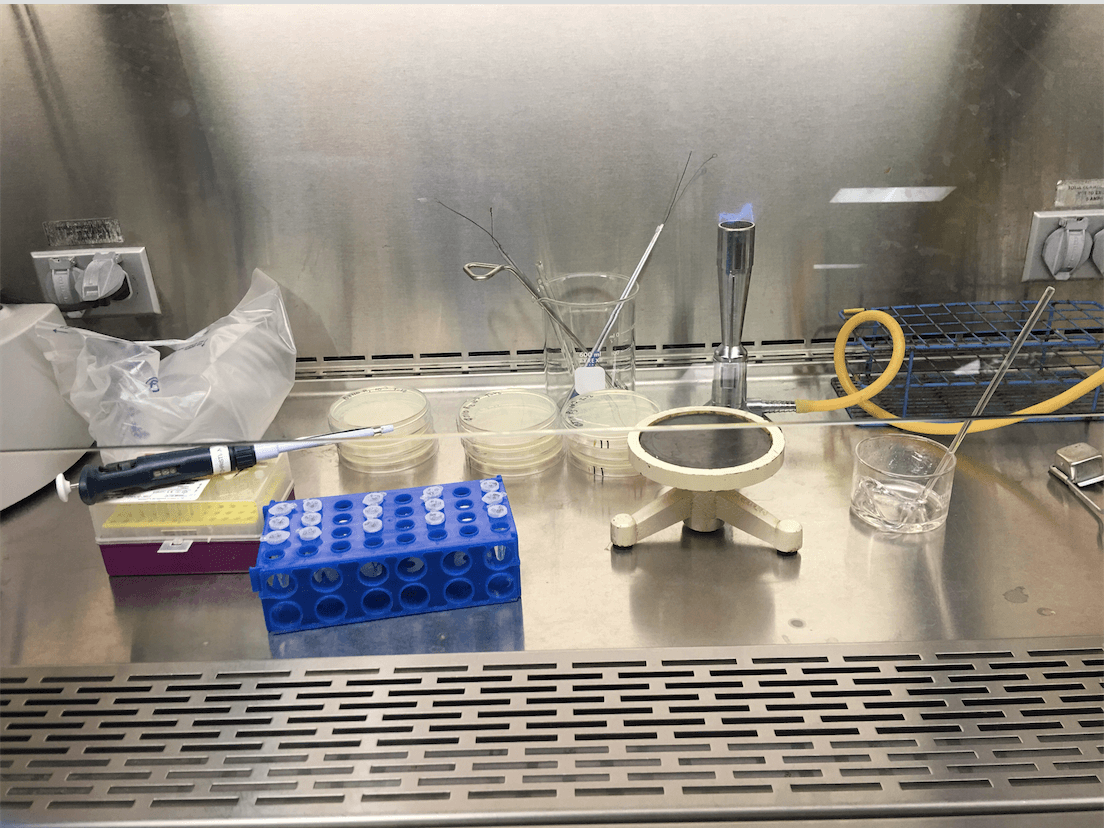 While you commonly think of your household as your own, it may freak you out that in actuality there are trillions and trillions of microbes sharing that space with you. But don’t panic! Most of these microbes are harmless and function for the greater good of the environment. Take for instance the human gut biome, which contains 38 Trillion (3.8 x 1013) cells! (Sender, 2016) The presence of these microbes in our gut allows us to fully breakdown and absorb the nutrients from the food we consume. The gut isn’t the only place where these critters are found – They’re literally everywhere!

While the physics of their survival may seem alien-esque, they don’t adhere to different life sustaining principles than us humans. They need nutrients of some sort and they need water. The foreign aspect of microbes stems from their longevity on this earth, with the oldest fossil of a cyanobacterium-like organism dating approximately 3.5 billion years ago (Cano). Their ubiquitous presence has allowed them to develop structural and metabolic capabilities to deal with seemingly inhospitable environments, such as; hydrothermal vents, clouds, and even in the Antarctic tundra. While bacteria are present in the air just as they are in soil, the open air is inhospitable to them due to lack of nutrients.

Dust and debris in the air column provide floating habitats for microbes and fungi, allowing their transport from place to place. Back in June of this year there was a Saharan Dust event that even reached as far as Houston, clouding the skies and bringing over billions of organisms. This is the main way that plant pathogens and nosocomial (hospital based) infections are spread. Therefore, the more dust and debris you have in your home ventilation system the more likelihood that you have bacterial, viral, and fungal contaminations there as well. In the best-case situation, the contaminants aren’t pathogenic, but since they can be mobilized into the air column they still present a risk as particulate matter being inhaled. In the worst-case situation, like an invasive Aspergillus contamination, negative health effects like respiratory symptoms, allergic rhinitis, asthma, and hypersensitivity pneumonitis could pose a death threat for sensitive individuals (Verhoeff).

The EPA lists three basic strategies to control air quality: Source control, improved ventilation, and air cleaners. Source control is the most effective and cost friendly since it removes the problem at its root. Our certified Rotobrush technicians will explore your ventilation system, zero in, and remove sources of contamination by scrubbing your vents clean. After the issue is removed and your ventilation system is clean, an antimicrobial fog is sprayed to prevent future contamination and to protect you and your loved ones for years to come.